Shark conservation organizations face many obstacles as they go about protecting sharks. Find out more about them here. 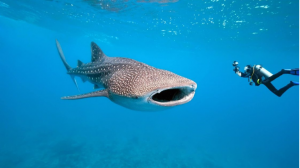 With the relentless attack on shark populations by humans and other factors, it’s cheering to know that there are organizations that have picked up the gauntlet to fight for sharks. These shark conservation groups play a crucial part in keeping a healthy balance in the earth’s oceans.

But, this is not an easy task. They come up against many obstacles and of course they need support to execute their various shark conservation campaigns.

The large fishing consortiums have been around for ages and they know how to lobby governments to look the other way or pass laws that favor them.

Another problem is the local individual fishermen too. They don’t help matters with their widespread indiscriminate capture and waste of diverse sea animals.

Shark conservation groups need support from you to fight these obstacles on a local or global scale.

Below is our list of the top 10 shark conservation groups you can get involved with. Just click on any of the website links to get more information and remember, it’s not always about donating money. You can offer your support in other ways too.

This group works with scuba divers across 182 countries around the globe to protect underwater environments.

For over 25 years now, the Project AWARE Foundation has been steadily increasing as more scuba divers are signing up to protect the oceans and its inhabitants.

They mobilize individual scuba divers to help stem the threat arising from two major ocean issues: shark conservation and marine litter. Also, divers and water enthusiasts get the needed training, tools and online resources that will allow them act in their own communities to protect the ocean.

Oceana is devoted to marine conservation and advocacy and it remains the largest organization globally that does this exclusively.

It was established in 2001 by The Pew Charitable Trusts, the Oak Foundation, Marisla Foundation, and Rockefeller Brothers Fund. Oceana merged with the American Oceans Project (founded by actor Ted Danson) in 2002.

Their vision is to “make our oceans as rich, healthy and abundant as they once were.”

Oceana’s strategy is to use targeted policy campaigns to get their message across. By combining policy, advocacy, science, law, different kinds of media, and public pressure, they aim to prevent the impending collapse of fish populations. Such populations also include all marine mammals and other sea life. Industrial fishing and pollution remain the greatest threats to these creatures.

Each of their campaigns are designed to produce clear, identifiable policy changes within a 3–5 year timeframe. Recent campaign victories from Oceana include the halting of Shell’s plans to drill for crude oil in the Arctic Ocean in 2014. Others include upholding of shark finning bans in California, Maryland, and other areas.

This organization harnesses the power of a new generation of conservationists. By using modern technological tools, education, media and local grassroots campaigns, they are actively saving sharks.

For instance, one of their very successful programs was the Fin Free program, with the tag line “Say No to Shark Fin Soup.” In addition, their ‘shark adoption’ schemes are effective at getting kids involved and giving them a voice.

Shark Savers was founded in 2007 by a group of six long time divers with a shared passion to end the slaughter of sharks and manta rays.

Presently, this group has grown to more than 25,000 members spanning 99 nations worldwide. Their aim is to motivate people and educate them on why they should stop consuming sharks and shark fin soup. Also, they work for the creation of shark sanctuaries in different locations. Shark Savers also empowers divers to act as advocates and citizen scientists for sharks.

The Shark Savers website has lots of articles and interesting tips on what you can do individually to help the cause. 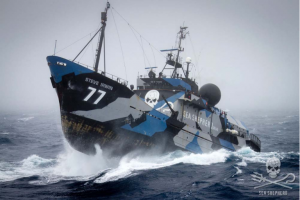 Sea Shepherd is widely known for its frontline work in protecting marine mammals e.g. whales. However, it also has a broader mandate to protect all other ocean creatures including our beloved sharks.

This group was founded in 1977 by Captain Paul Watson and it has a hard line activism approach to protecting sharks and other sea animals that may not be to everyone’s taste.

They frequently pursue and harass illegal whalers, longliners, and sea cullers. As part of their activities, they organize rallies that end up annoying complacent governments and fishing consortiums.

As a result of these actions, the Sea Shepherd crew are commonly deported, locked up, even threatened and roughed up on several occasions.

Yet, they still believe this direct style of getting their message across is more important than ever. That’s in view of the continuous wholesale slaughter of the ocean’s sharks and whales. More recently, they were very vocal in calling for the ban of the West Australian shark cull.

Most of us know a lot about great white sharks and whale sharks for instance, but what about the other little known shark species facing extinction?

Well, Predators in Peril Project creates awareness about these more obscure species. They aim to draw attention to the plight of some of these highly vulnerable shark and ray species. Though these animals are largely ignored by conservation movements because of their inaccessibility and lack of data.

They work directly in the field with local shark fishermen and scientific researchers. Hence, they are able to get live images and video footage of rare, little-known and endangered elasmobranchs in their natural habitats.

Each Predator in Peril field expedition is a time of intensive media campaigns. Such campaigns include public exhibitions, magazine articles, and numerous internet promotions. Also, television and radio interviews. Furthermore, they have a gallery showing the widespread destruction of shark species, but be warned some of the pictures are disturbing.

The Shark Friendly Marinas Initiative aims to reduce worldwide shark mortality. To achieve this, this group implements a specific and successful plan. By working with local authorities, they prohibit the landing of any shark at participating marinas.

By earmarking specific marinas as “Shark Friendly,” they discourage the killing of sharks for recreational purposes (mainly by private/charter boat users). Consequently, this initiative could save tens of thousands of sharks every year.

SRI became an entity in 1991 at Princeton, USA. It’s a scientific research organization that was created to sponsor and conduct research on sharks and promote their conservation. Their focus is conservation, education, and advocacy.

The Shark Research Institute works to change numerous misconceptions about sharks and actively stop the slaughter of millions of sharks annually. Their popular Global Shark Attack File is a crucial resource that provides the media with accurate data about sharks. As a result of this, they can counteract the unnecessary and exaggerated negative hype about shark accidents.

They also seek to involve young people in their projects. As a matter of fact, they involve children actively in learning about shark conservation.

This South African based shark conservation group was founded in 2002 by Michael Scholl. Prior to that time, he had been conducting research on Great White Sharks since 1997.

White Shark Trust seeks to promote and conduct research and education about the great white shark. In addition, they spearhead conservation projects for the great white sharks. They do this in collaboration with the South African tourist industry and other organizations.

Our list would not be complete without mentioning the IUCN.

They are the world’s oldest and largest global environmental network cutting across a wide range of animals and natural resources (and that’s an understatement). Their frequently updated IUCN Red List has become a global alarm keeping us all aware of the status of shark species and other animals as well.

The Shark Specialist Group is a unit under the IUCN with 128 members from 35 countries.

Remember that supporting these groups is not always about donating money. Often, all they require is that you participate in a petition. Or you can help copy and paste a prewritten email to key government officials in your region.

So, do get involved today. It’s surprising what we can achieve if we all rise up and do our own bit to help shark conservation efforts no matter how small.