The following USA beaches have the highest Shark Attack Histories. 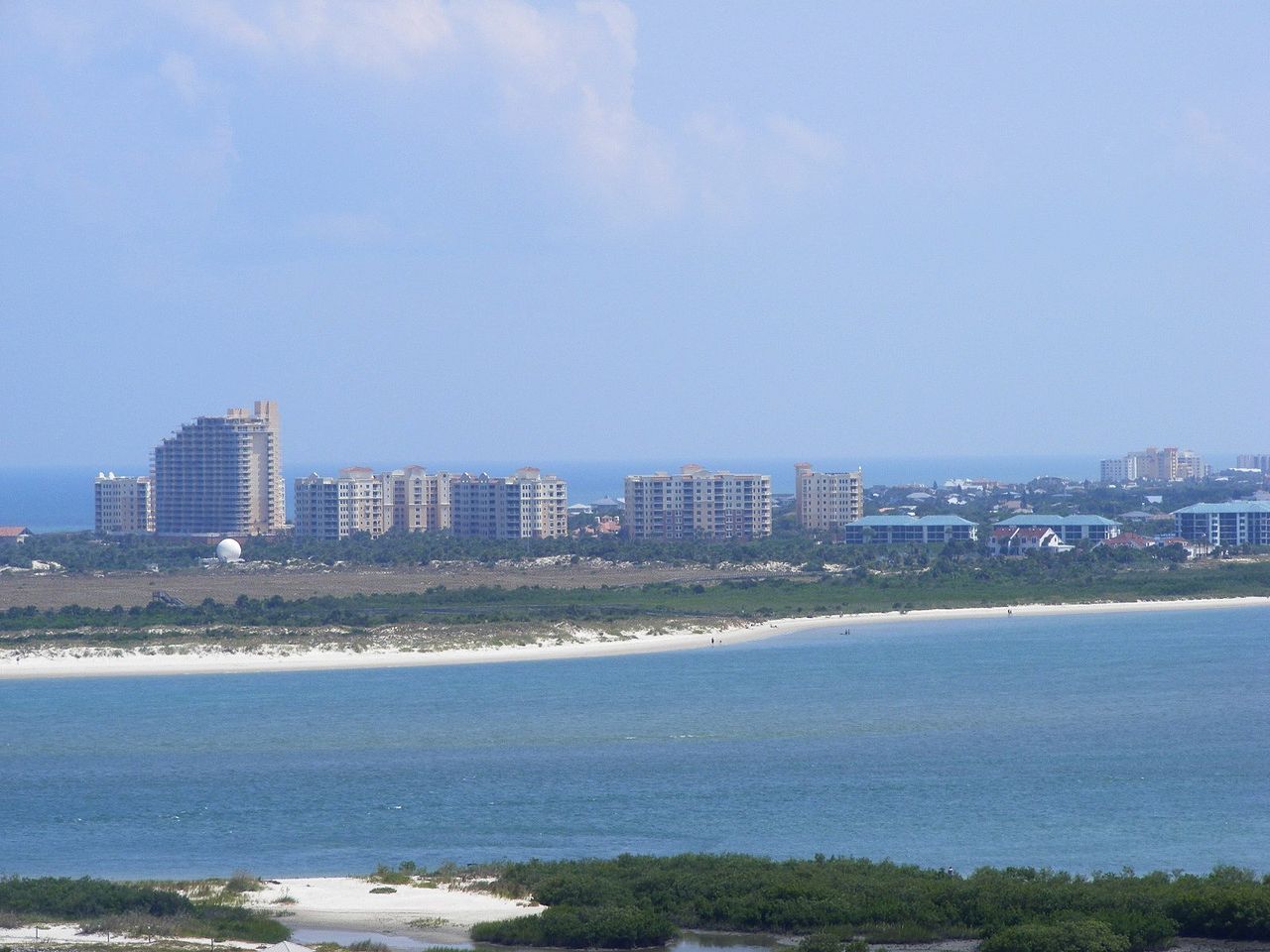 The chances of featuring in a shark attack are still low at 1 in 11.5 million as per the University of Florida’s International Shark Attack data.

For Americans, the risk of a shark attack during your lifetime is about 1 in 3.7 million. Meaning there’s a higher likelihood of dying from heart disease, lightning strike, or exploding fireworks.

But however low shark attack risk is, it still happens. In fact, the USA still leads globally with 53 recorded fatalities so far.

Shark sightings frequently lead to the closure of many popular beaches too.

Environmental and oceanic factors tend to play a huge role in shark attack occurrences in certain waters. For this reason, the Eastern coastal beaches of the USA record more shark attacks than the Western coast. In addition, the warm weather of areas like Hawaii and Florida attracts many sharks and tourists; increasing the probability of shark attack incidents.

Another factor is the species of shark common in the vicinity of a particular beach. The western coast’s sharks, majorly the Great White Shark are oceanic sharks feeding mainly in deep waters away from human recreational activities. Thus there are fewer incidences of shark attacks.

But the eastern coast’s sharks, like the Bull Shark and the Tiger Shark, are inshore sharks feeding in shallower waters.

So, to be safe, watch out when on vacation in any of these beaches below.

Volusia in Florida has a record high of shark attacks of any state in the US.

Through history, 275 shark attacks have been recorded; the period between 2000 and 2015 accounts for 176 of those. Luckily, none was fatal.

Due to the weather conditions around Daytona and the New Smyrna beach, thousands of tourists flock here for the warm weather and recreational activities.

In fact, chances are, if you have ever gone swimming in Volusia, you’ve been as close to a shark as 3 meters away. That’s why it’s named the “shark attack capital of the world.”

If that doesn’t make you wary, note that New Smyrna Beach has the highest shark-related incidents per square mile than any other beach in the world.

Over history, there have been 130 recorded shark incidences. 56 of them happened from the period between 2000 and 2015. Cocoa Beach, a favorite beach spot in Brevard accounted for four shark attacks in 2015.

Titusville beach is also among the beaches in Brevard flocking with sharks and people.

Another Florida beach, Palm Beach had 24 shark attack incidences from the period between 2000 and 2015.

Thousands of sharks during their migration pass through Palm Beach’s coast. Some time back, news agency CNN on filming thousands migrating off the coast asked people to keep off the waters.

However, the NOAA played down this claim hinting that there are no fatalities yet.

The warm beaches, however, have not stopped people from enjoying recreational activities closer to shark habitats. From 2000 to 2015 alone, 35 incidences of shark attacks were recorded, increasing or decreasing as the years roll by.

A record high was in 2012 where over 60 percent of shark attacks in Hawaii occurred in Maui.

The next time you plan a vacation in Hawaii, be sure not to interrupt the Maui sharks in their natural residence.

Hawaiian Oahu made headlines in 2015 for the high number of shark attacks despite the 12-incident record high of 2013.

The case was so radical that the authorities had to debate on closing the beach entirely after a victim had to be hospitalized.

This Hawaiian beaches average three to six shark attacks in a year.

Volusia County is commonly referred to as the shark attack capital of the world.

Out of the 37 historically recorded shark attacks in Florida’s St. Johns, 17 of which occurred after the turn of the millennium 15 years onwards.

Home to famous tourist beaches Crescent, St. Augustine and Vedra beaches, you should watch out. Though few attacks have been documented, it neighbors Duval to the south. A famous shark hotspot.

Martin in Florida is a favorite tourist destination for its many state parks and Jupiter Island.

Though only one attack has been recorded as fatal, Martin’s beach has one of the highest shark attack rates in the US.

Martin captured the headlines when in 2010, a 38-year-old kitesurfer was attacked by a group of sharks 500 yards off the beach in Stuart.

Located in the warm waters of Florida, you have several choice options from the adjacent Jacksonville beach and Atlantic beach for your vacation.

One woman was attacked in 2015 though. Luckily she survived as she was treated on the scene.

Charleston recorded 20 incidences of shark attacks over 2000 and 2015.

Of the entire shark attacks in Charleston, 2 were fatal. However, the rise in unprovoked shark attacks over the years is cause enough to be on the lookout when you visit this beach.

St. Lucie has had 31 documented shark attacks to date. Not a high number to cause a stir as such coupled with the fact that there has not been any fatal incidence.

However, significant shark sightings have made the local authorities close down beaches. St. Lucie has the Jensen beach, Walton Rocks beach and the Blind creek beach adjacent to it.

Sharks are indigenous to Hawaii, the warm coastal beaches draws them in. That’s an ideal environment for many shark species to thrive. So another spot to be careful in.

Note that the above information isn’t intended to frighten people. But it’s best to be aware and cautious. Remember also that most times, these shark attacks are not fatal. Victims get away with non-fatal injuries or chunks bitten off theirs surfing boards.