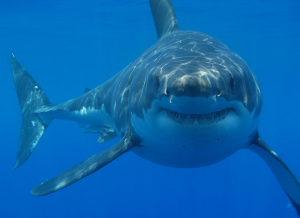 Here are the real facts about it.

Western Australia introduced the catch-and-kill policy in 2014 following a series of fatal shark attacks involving human beings along the state’s coastline. Within a seven-week period in the months of September and October 2011, there were three fatal attacks recorded and another four over the next 25 months.

The goal was to capture large sharks that were considered a threat to swimmers. Any shark found hooked but still alive would be freed if it measured less than 3 meters. Professional fishermen would shoot sharks measuring over 3 meters, and their bodies disposed far out at sea.

The venture cost the government over $1.3 million.

Historically, shark control measures such as drum lines show a substantial reduction in shark attacks when authorities use such measures consistently. For instance, in Durban, South Africa, there was at least one fatal attack every year till nets were introduced in 1952; there have been no recorded attacks from then to date. Also, in Queensland, Australia, there were 27 fatal attacks within a 42-year period from 1919 to 1961. But after using controls, there has been only one fatal attack to date. 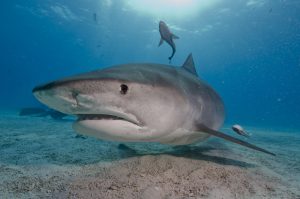 At Least 50 Tiger Sharks Were Destroyed During The Cull

The first shark killed was a tiger shark on 26 January 2014, close to Dunsborough. It was found alive and shot while struggling to free itself. Images leaked from the shooting caused widespread outrage nationally and on social media platforms.

As expected, this policy attracted a lot of condemnation and protests nationally and internationally. Marine scientists expressed their concerns time and again about the adverse effect of this cull on the marine ecosystem. They referred to the cull as being cruel, unnecessary and unscientific. Major Australian political parties also opposed the policy.

Notable celebrities and athletes called for the policy to be scrapped. Even a shark attack survivor, Rodney Fox, asked for it to end too.

Their major argument was that culling the sharks, especially the protected great white, was environmentally irresponsible and inhumane. Another severe problem was the enormous quantity of bycatch and drowning of other marine animals like sea turtles, stingrays, dolphins, and smaller sharks caught in the nets. It was disheartening to see the large quantity of other marine life destroyed by these nets.

Cessation And The Present Situation

The Government planned to continue this policy for another three years despite protests from many quarters. But by September 2014, the Western Australian Environment Protection Authority (WA EPA), called for the abandonment of the drum lines. As a result of that, Premier Colin Barnett officially announced the end of the program.

For now, special deployment of baited drum lines is still permitted where particular sharks are perceived to pose a serious threat to public safety. Such sharks will be hunted and killed on an individual basis. For instance, drum lines were set to capture a shark that attacked a surfer named Ben Gerring. He lost part of his leg from the knee down, and the severity of the injuries pointed to a great white shark. There are plans for new barriers for areas around Sorrento Beach and Quinns Beach in Perth’s north.

A shark-monitoring program is in place that logs the movement of 860 tagged sharks, including 220 great white sharks and also includes aerial and boat patrols during the summer months.

Since the policy was dropped, there has been one fatal shark attack involving a teenage spear-fisher named Jay Muscat.  He was killed by a four-to-five meter long great white shark off Cheynes Beach near Albany in December 2014.

Shark culling remains a very controversial topic with arguments for and against it.

Protesters, in particular, have been criticized for taking some extreme measure to express their displeasure with the policy. The Premier at the time, Colin Barnett, received many threats and his office was attacked. So also the fishermen involved in the exercise along with their families were threatened several times.

Obviously, we cannot disregard the loss of lives due to these shark attacks, but there are measures we can use to limit human interaction with aggressive sharks. There are many non-lethal strategies like shark tagging, early notification systems and warnings, and public shark threat education programs that we can use to protect ourselves especially those of us in high-risk groups like surfers and divers.

Ultimately, how do we as humans justify our claim of being the more intelligent species if we always resort to killing when in conflict with animals?

Have you witnessed any shark culling exercise? What is your opinion about shark culling? Let us know in the comments.